Letters of Recommendation: the What, Why, and How?

According to About.com, a letter of recommendation is “a letter in which a writer (usually a person in a supervisory role) evaluates the skills, work habits, and achievements of an individual applying for a job, admission to graduate school, or some other professional position.”

If you’re asked to write a letter of recommendation, you’re more than likely someone that person asking respects and/or holds in high regard.  Congratulations on that!  However, before blowing your head out of proportion with that ego boost of information, you first need to consider what you think about the person asking for this recommendation.

The recommendee should be someone with whom you respect, and are therefore able to write a strong recommendation for.  If that’s not the case, politely decline the request.  You have to believe in the person you’re recommending.  It doesn’t do them any good if you’re lying about their credentials being more than what they actually are.  Likewise, a sincere, yet mediocre recommendation isn’t going to move them forward either.

Once you establish that you both respect and believe in the person you’re recommending, you want to consider three spectacular qualities about them that stand out from all of the rest.  Three is a strong number to work with.  It doesn’t feel overwhelming to readers, yet gives them a good sense of who that person is on paper.  State these qualities within the first paragraph.

In the third paragraph, you should back up each one of the spectacular qualities with specific experiences that illustrate exactly why you chose the three qualities that you chose.  Be sincere, honest, and passionate.  In doing so, the words will resonate with the reader

In the forth paragraph, simply sum up the recommendation by stating something that is honest, powerful, and personal, reiterating what’s been said so that you leave the reader with a strong visual of who that person is.

You can sign it “Best regards” or “Sincerely,” followed by your name and credentials.

Letters of recommendation are important to the recommendee of one such letter because it gives this person credibility that someone that they hold in high regard, also thinks highly of them as well.  The more credibility the recommender has, the better chances the recommendee has in getting accepted into that degree program or getting that job.  For example, if Bill Gates recommends a student into a business school, that school will definitely consider the student based on who Bill Gates is.  Likewise, if Michael Jordan recommends a high school basketball player to a college basketball coach, that coach is more than likely going to consider that high school player based on Michael Jordan’s credibility.  People always want someone, or desire to be connected with other people, they find important or special.

If you’re wanting to ask someone for a letter of recommendation, please be sure that you’ve done some significant tasks underneath that person’s leadership so that they know your work ethic, character, talents, and skills.  Let it be someone who has seen you work well with people and meet deadlines.  Ask someone who has witnessed you  taking initiative on projects and tasks.

Whether you’re the recommender or the recommendee, be the best person possible by living the life of someone who would be asked to write a letter of recommendation, as well as be the person who someone would jump at the chance to write one for. 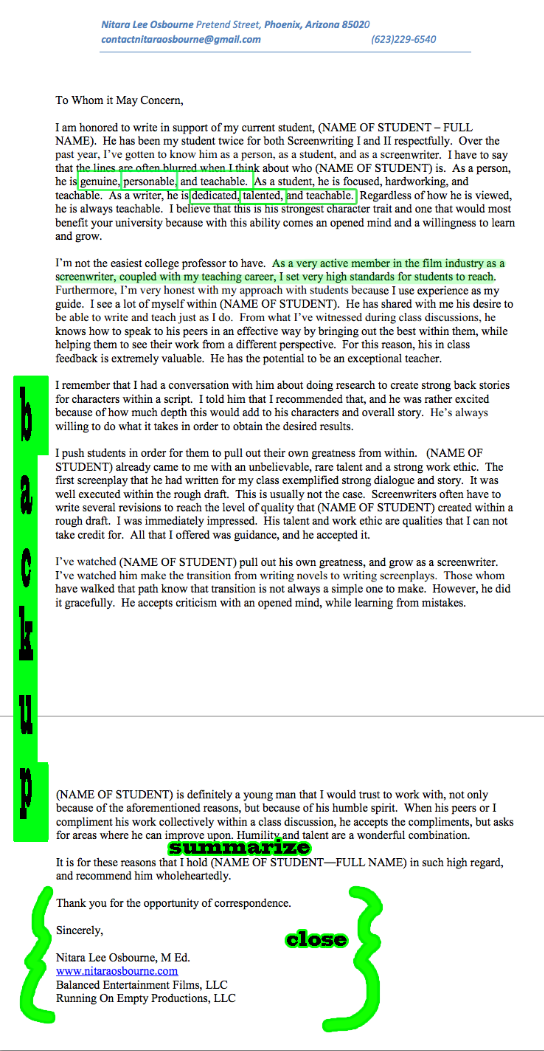 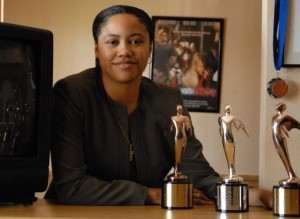 Nitara is an award winning film producer and well respected teacher.  She holds a Bachelors degree in Mass Communications from Loyola University, and a Masters in Education from American Intercontinental University.  She devotes her time working with passion-driven individuals on the path to seeing their dreams come true.  Not only is she a college professor teaching Screenwriting, she has sat on the judging panel of the Phoenix Film Festival.  She values any platform that assists those with the desire, passion, and hunger for seeing their vision through to the end.  Nitara believes that everyone wins when an individual sees their creation come to life.